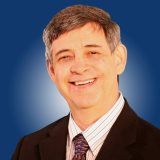 Questions? Comments? Requests? Get in touch.

Brought to you by

Drupal is a free, open-source web development platform for online content and user communities. Drupal powers some of the busiest sites on the web, and can be adapted to virtually any visual design. Drupal runs over a million sites, including WhiteHouse.gov, World Economic Forum, Stanford University, and Examiner.com.

Drupal was created over ten years ago and released as open-source software under the GNU Public License. That means it’s completely free to download, use, and modify: There are no purchase, license, or maintenance fees.

Drupal’s default installation is a database-backed web platform with file maintenance tools and a high level of security. Many developers take advantage of Drupal’s extensible architecture to go far beyond the “core” package.

Drupal is a multi-user system, letting site visitors log in (as “authenticated” users) or browse the site without doing so (as “anonymous” users). You control their access levels, and can also assign “roles” for multiple permission levels.

Drupal both hosts and promotes your content. It can reach out beyond your site to give you a presence on Twitter, Facebook, and in other venues. Drupal’s built-in features also give search engines what they want, improving your web impact automatically.

Drupal has proven itself repeatedly in the field on sites with over a million pages, and at over 20,000 requests per second. Its core installation handles over 99 percent of use cases, while free optimization tools and a large base of Drupal-trained administrators address the other one percent.

Drupal site designs come from “themes”, whose visual presentation is described in standard CSS. Drupal.org hosts hundreds of free, fully customizable themes, including several “base themes” to help you launch your own designs.

Drupal runs millions of web sites, including many of the world’s biggest. It’s especially strong among major governments and industry-leading enterprises, but is easy enough to be the platform of choice for individuals and small companies.

Drupal is used by thousands of high profile web sites and is subject to rigorous security testing both by the Drupal community and by security experts around the world. Drupal's core code has been proven to prevent common security vulnerabilities such as those defined by the Open Web Application Security Project (OWASP).